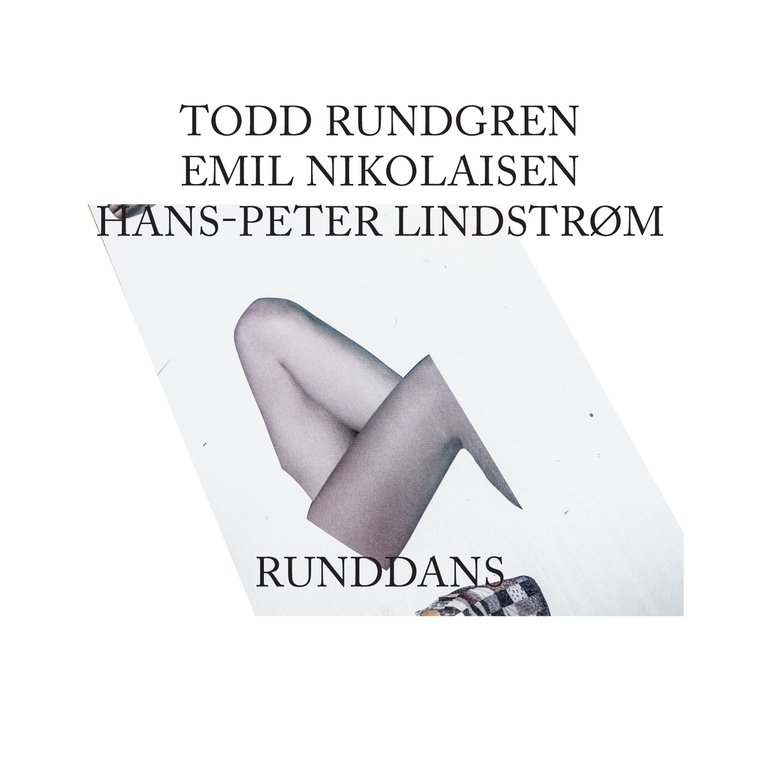 One track, 39 minutes of music.
Runddans is the result of the collaboration between Todd Rundgren, Hans-Peter Lindstrom and Emil Nikolaisen. It’s a spiritual magnus-opus, that stands alongside Rundgren's most worshipped trippy albums of the seventies, fusing his blue eyed soul with Lindstrom’s disco epics and Emil Nikolaisen’s studio trickery into a cosmic mix of soul, synth, pop and disco.
The collaboration was born after Rundgren did a stomping remix of Lindstrom's track «Quiet Place To Live» in 2012 (Rundgren’s first ever remix). The three of them met in a studio in wintery Oslo that same year, and the music slowly mushroomed from there. Ideas grew and took u-turns that lead into a violently beautiful and strange creature.
The highly detailed and cacophonous sound of the album clearly conveys the international feel characteristic of Rundgren's cutting edge soul of his most studio-driven epic, 1973's A Wizard A True Star as well as his classics Todd and Initiation. The synthesizers, the restlessness, the suites, the sonic antics, the search for understanding, fulfilment and good times: it’s all here. It also references his lost classic, the massively spiritual voice-only album A capella from 1985. This, combined with Lindstrom’s signature extended cosmic compositions and Emil’s psychedelic sound-quilting, paint the picture of three individuals on a journey towards musical bliss.
BIOS Todd Rundgren is and has been a vital and fascinating presence in the world of music since his releases with anglophile pop art band The Nazz in the late sixties. His solo career as a adventurous, soulful singer/songwriter, using the studio — all by himself — to full effect, has been in flux since the third album, the double set Something/Anything? was released in 1972. His ability to write the perfect pop song has always contrasted with his disrespect to the industry game, and his ability to always seek new musical ways of expression is mindboggling. In addition to his prolific solo career he kept his progressive rock outfit Utopia going from the mid 70s into the 80s, turning from jazz rock to new wave pop during the ride. Rundgren is one of rocks best producers, working with artists from Meat Loaf to XTC, and he has also been an early adaptor in technological terms, from studio wizardry to early forays into music video and internet distribution. He may be a part of the classic rock generation, but because of his versatility and idiosyncrasy he remains a constant reference point in electronic pop music. His signature style shines through in any context, and is a constant inspiration for younger generations; from Tame Impala (he remixed their Elephant track) to Daft Punk (International Feel opened their feature film Electroma) to Tylor The Creator and Earl Sweatshirt (they have both cited Todd as a big inspiration) to Nine Inch Nails (Todd remixed their All Time Low track), and the list goes on.
Emil Nikolaisens murky, mad professor-style of sound engineering has pushed the music of his psychedelic rock band Serena-Maneesh into a niche of their own, releasing two albums on the 4AD label. Last year he masterminded Somnambulism, a radical and moving reworking of the ideas of the famed Norwegian electronic music composer Arne Nordheim.
Hans-Peter Lindstrøm is one of the main architects of the Norwegian space disco sound, known for his long and dynamic compositions like the album Where You Go I Go Too (with a 29 minutes long opening track) and his 42 minutes long version of «Little Drummer Boy»; while still having the dancefloors of the world in full control. He is also known for his duos with fellow Norwegian producers Prins Thomas and Todd Terje.