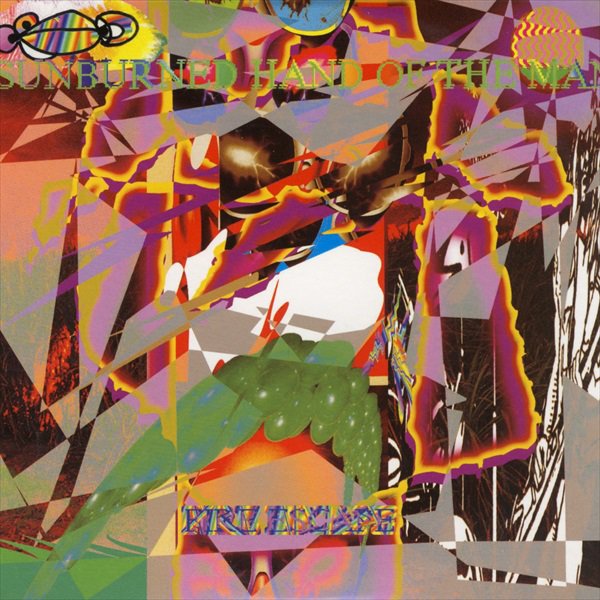 The relationship between Four Tet and Sunburned Hand Of The Man began in August 2003 when Four Tet, aka Kieran Hebden, read the August 2003 cover story of The Wire, which touted Sunburned Hand of the Man as leaders of the "New Weird America." That story sent Hebden on a search for Sunburned records and he's been a fan ever since. In 2004, Hebden asked Sunburned to tour with them. A couple of years later in March 2006, Hebden asked the band if they would like him to record them with the idea that he would take the recordings and construct his vision of a Sunburned record.

"Sunburned spent four hours in the London studio the Exchange last year, following Hebden's lead as he arranged the amorphous band into different subsets. Hebden made suggestions for what the band played, and they improvised from those suggestions. Hebden then reassembled and remixed an album from tracks of that session.

Sunburned co-founder John Moloney explained to Pitchfork, ’He would be like, 'I want two of you guys: Play drums and bass now. Everyone play flutes now. All vocals. OK, a couple of piano pieces.’ It's a bit like our older stuff, crossed with a Can record or a dance record. It's pretty cool.’

Hebden agreed: ’I was surprised that it came out sounding quite a bit like 23 Skidoo or Cabaret Voltaire. I think there's music in there that you could play in a club, which is an interesting twist on what they're doing.’’ [The album track “The Parakeet Beat” has now been remixed by Norway`s dance maestro Bjorn Torske for the 12” single from the album.] . . .

Moloney explained that the team-up worked simply because of how enthusiastic both Sunburned and Hebden are about sound. ’All the Four Tet records are basically what we've been doing as a ten-piece band done by one guy,’ Moloney said. ’Just playing whatever he feels like playing, whatever he likes. Kieran is definitely a bigger fan of music than anyone I know. He just listens to records all of the time."  – Pitchfork Media

Hebden gave the finished album to Smalltown Supersound as he thought this would be a good home for the release. The label was thrilled. And as both Sunburned and Smalltown Supersound are big fans of Boredoms and the band`s creative leader Yamatsuka Eye`s art, he was asked to make the cover for the album. (Eye has released the art-books Weooem and Ongaloo and has made the cover for Beck`s Midnight Vulture s, as well as all the Boredoms covers.) The Eye artwork perfectly captures the band, the album and the sound.