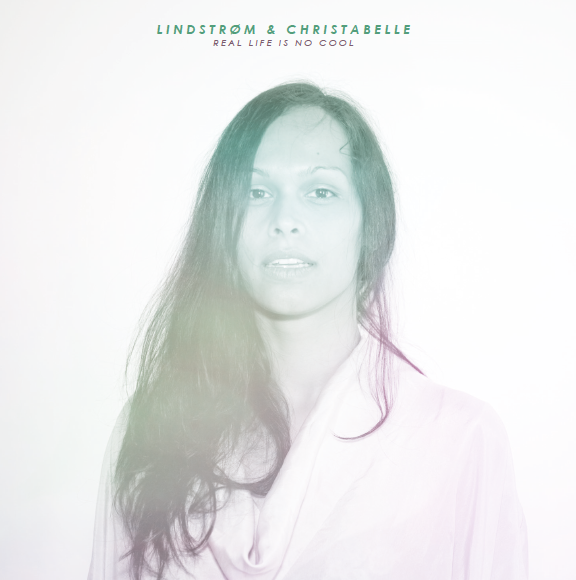 After the release of Lindstrøm’s critically acclaimed solo album Where You Go I Go Too, in 2008 and 2009`s collaborative album with Prins Thomas, II, Norway’s maestro of disco returns once again. This time he teams up with sultry vocalist Christabelle, to bring us Real Life Is No Cool, an edgy pop album of structured chaos and hypnotic beats. Hans-Peter Lindstrøm actually began work on Real Life Is No Cool before Where You Go I Go Too, it just so happened WYGIGT was finished first. It was his work on this new album, containing 10 short pop songs with vocals, which became the impetus behind creating the epic and colossal masterpiece, WYGIGT (with only 3 long tracks and a opening track clocking in at 28 minutes). Essentially, WYGIGT was a kind of reaction to his work on Real Life Is No Cool. When WYGIGT began making waves around the world, Lindstrøm went back into his studio to complete Real Life Is No Cool. Christabelle (also known as Solale to Lindstrøm followers) has been working on and off with Lindstrøm since 2001. Their relationship began when she immediately fell in love with his sound after hearing her brother Dennis (a friend of Lindstrøm) play some of his tracks at home. Upon listening, she proceeded to lay down vocals on some of his tracks, and her brother then delivered them to Lindstrøm. His first impression was, “Wow! This sounds totally fresh, wild and quirky”. A meeting was set up and the two found a common ground. ”We found out that we shared many of the same musical references, such as Motown, Grace Jones, 80s soul, Vanity 6, etc.” says Lindstrøm. “We even tried to make a cover of Zapp`s ‘Computer Love’. This meeting led to a collaboration resulting in two 12”s -- 2003’s “Music In My Mind” and 2005’s “Let’s Practice” (then under the name Lindstrøm and Solale). They never planned on making an album together, but the collaboration slowly evolved into a collection of songs that ended up becoming Real Life Is No Cool. (The title is a line taken from the album track ‘Keep It Up’ -- a track about violent relationships.) Christabelle, whose full name is Christabelle Silje Isabelle Birgitta Sandoo, was born in 1981 to a Norwegian mother and a father from Mauritius (an island in the Indian ocean) in Oslo, Norway. Her father is a musician and music teacher, her mother a vocalist, and her brother a drummer. “All my life I have been surrounded by music, musicians, and instruments, so it was kind of obvious that I would also make music”. She started working with some of the best producers in Norway, but got off to on the wrong foot as she soon rebelled against their slick sound and attitude. As she said, “There was simply no room for going crazy and having fun, and I didn’t want to sell my nomad soul”. One of the things that attracted Lindstrøm was this rebellion against being “produced”. He would just let Christabelle do what she was inspired to do – she found room for improvisation and was able to let herself loose working with him. She created most of the lyrics on the spot, while the two were jamming, and recorded half of the tracks’ vocals at home and on her own, using a simple Shure SM55 “elvis”-mic, which gave her vocals an intimate and raw character. Lindstrøm would then edit and produce the jams later. Christabelle was not into the house music that Lindstrøm was into at the time, which forced him to think differently. The result was a more loose and improvised sound than what Lindstrøm had done before. Lindstrøm calls their collaboration “structured chaos”, him being the structure and Christabelle bringing the chaos. This chaos is also very much a part of Christabelle`s personal life. She has always been a nomad -- impulsive and restless, she’s a self-described “on-the-road girl”. She moved to London when she was 16, and, since then, has lived in Paris, Marseille, Mauritius, and Stockholm. She now lives in Oslo. She is, in many ways, the total opposite of Lindstrøm, who lives a quiet family life and makes disco nine to five, Monday to Friday, traveling to play one gig a month so that he can have time with his family. Real Life Is No Cool is a meeting of these two different personalities.