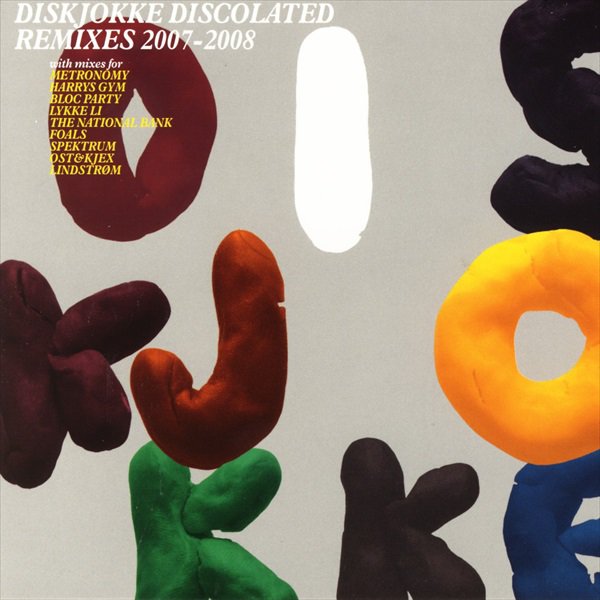 Diskjokke`s debut album “Staying In” got rave reviews when it was released on Smalltown Supersound in 2008. "Bright, playful, spacey, and colorful, music for the nighttime that retains the warmth of an afternoon on the beach" (PITCHFORK) "...a mini-masterpiece of handclaps, poignant piano notes, dubby synths, clattering drums, basslines that are by turns bubbling and mournful, techno bleeps, acid squelches and jacking rhythms that nod to classic Chicago house while sounding grooviliciousy Scandinavian…" (THE GUARDIAN) “currently our nouveau disco album is this jolly affair from Oslo`s Joachim Dyrdahl. Hurrah!" (UNCUT MAGAZINE) “Emotion-rich electronic disco epic” (IDJ MAGAZINE) The success of his debut album led to a lot of travelling around the globe playing his music both live (with a band) and as a DJ. In-between the travelling and making new music he also made himself a name as a great remixer. Now its time to compile his remixes from 2007 and 2008. On this album you`ll find well knows artists such as Block Party, Foals, Lykke Li and Metronomy, dance/electronic acts such as his friend Lindstrom, Ost & Kjeks and Spektrum, as well as the lesser known Norwegian acts Harrys Gym and National Bank. On this album you`ll get another glimpse into the magic soundworld of Diskjokke. Hopefully it also helps make the wait for his second album (almost completed) shorter. Get ready to get discolated!