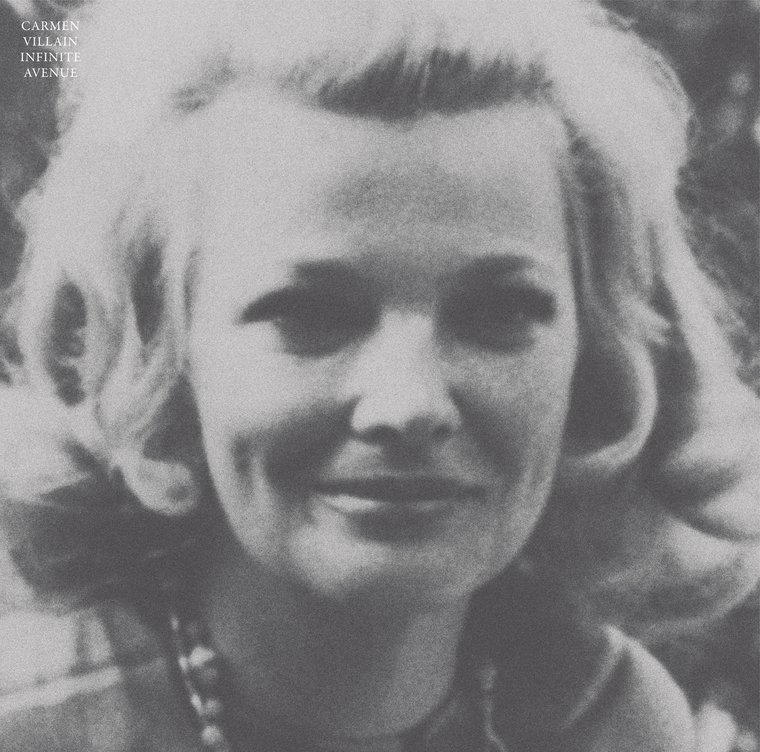 We’re all on our own unique emotional road trips. Infinite Avenue happens to be Carmen’s. Here she is, holed up in the Motel Nowheresville, unpacking a suitcase full of stories of guilt, desire, rage, apathy, love and friendship, loneliness, nature, inner demons and other tales of twenty-first century womanhood. Carmen Villain is half-Norwegian and half-Mexican, born in the USA and now living in Oslo, Norway, having moved back after living in London for a few years. She has a lot of stories to tell.

A makeshift studio, an infinite avenue. Writing, recording and producing alone, Carmen’s intensely personal songs are entirely self-created, made up of tapestries of guitar, piano, programmed drums and synths, making the most she could out of her limited gear. Her music, her rules… Once she had arrived at enough tracks for a follow-up album to 2013’s Sleeper, some of them were mixed with experimental house producer Matt Karmil and ‘Quietly’ was treated by noise improviser Helge Sten (aka Deathprod). Taboo-busting Norwegian artist Jenny Hval contributes lyrics and vocals on ‘Borders’, a song especially relevant among today’s tightening frontiers in America and elsewhere. ‘Red Desert’ is titled after the legendary Antonioni movie about a woman’s survival tactics in a surreal industrial landscape full of threats and existential crisis. ‘To me the movie feels like a perfect visual representation of what it can be like to be anxious and uncomfortable in your head sometimes,’ says Carmen. Musically, Infinite Avenue has a similar effect.

With Infinite Avenue, Carmen Villain’s songwriting and production skills have taken a major leap forward, and on the final, ethereal ‘Planetarium’ her voice shoots into the stratosphere, riding the comet tail of a Korg bass drone. It’s about acknowledging the immensity of the universe, while remembering that we’ve each got our own private constellation of issues to deal with down here. It’s a typically Villainous contrast of rapture and irony, with a murmured coda recorded as she was falling asleep one night. ‘Everything I write has to be true,’ she says, ‘even if I sometimes find it’s too confessional. Whatever was my truth at that moment.’

The hollow-eyed lady on the cover, that’s Hollywood actress Gena Rowlands, partner of the late director John Cassavetes – a heroine of Carmen’s because of the way her face and body can so brilliantly express psychological states, nervousness, being stressed out, anxiety without necessarily using words. A freakish dream sequence in Love Streams, where she bets her love and desperately tries to make her estranged husband and child laugh with a bunch of practical-joke toys, is manic genius – and one of Carmen’s favourite film scenes. Ms Rowlands, by the way, personally approved the use of her image for this project. A famous movie maker once called film ‘truth at 24 frames per second’. With Infinite Avenue, you get an earful of truth at 33 1/3 revs per minute.